A personal reward for his stratospheric 2021 coronation. Antoine Brizard was named the best player in the world by the International Volleyball Federation on Sunday 16 January. The smuggler from Piacenza, Italy, dominated Tokyo’s bid for Olympic gold, topping the French’s well-represented rankings. Behind him are Earvin Ngapeth (3rd), Jean Patry (4th), Jennia Grebennikov (5th) and Barthélémy Chienyeze (10th). On the second day of his award, it was a very relaxed Antoine Brizard who answered our questions.

Franceinfo: sport: How does it feel to tell you that you are the best player in the world this year?

Antoine Brizzard: Well, that’s not true (laughs). Volleyball is a great team sport and it’s hard to bring out individuality. It is first and foremost a collective devotion. We have five players in the rankings. It’s very specific to what happened this year and what we did at the Olympics. This reminds us that 2021 will be especially good for French volleyball.

Becoming a setter is never easy, especially if you’re playing your first Olympic game, but Brizard handles it well. He managed the pressure and made the best choice to make Olympic history.

You meet Earvin Ngapeth on Sunday night (their respective teams meet in Italy). he fucked you?

Not much…it was a tight game. Well, we always laughed before games, but he didn’t tell me about it.

Does it feel like French volleyball has entered another dimension since the Olympics?

completely! I’m glad to see that, with everything that happened there, many thought our performance in the knockout stages was the best moment in the Olympics. It’s amazing that our sport is getting so much attention. The French were so impressed by our journey that they felt that we loved each other and that we were more than a team. We are proud of this.

On a personal level, have you gained more notoriety this year?

People don’t know me very well, but when they know me a little bit, it’s more than before (laughs). After the game, several times a day. I’m in Italy, so very little, but yes, very clear. It’s still cool to get personal recognition and be brought up.

You left France in 2017 and just signed for Piacenza (Italy). Does this notoriety make you want to be closer to the French public in Ligue 1, even if the level of champions is lower than in Italy?

I think we all want to go back to France! If we can come back tomorrow, we will. Not very happy abroad. Even when things are going well and we love our lives, it is a sacrifice to leave our home and country. After that, the financial and level gap between France and Italy was too big… French champions are often underestimated. But even with a slightly lower salary and the same level, we’ll all come back.

Through your role as a passer, you’re usually not as noticeable as your other Blue teammates…

Hiding in the shadows is fundamental to the passing game, so I never particularly wanted to be in the light. Then, represented by me is also the passer duo of our French team. Benjamin Toniutti was very important to my progress and our performance at the Olympics. We support each other. We cannot forget that he won the Polish title, won the Champions League and won the Olympics. He couldn’t have done better and is somewhat overlooked on this list.

Exactly what is your daily relationship with him?

We have always been respectful. I’m a setter and he always puts his ego aside in favor of group performances. He helped the team when I had to play in big moments and never tried to keep his undisputed starting spot. 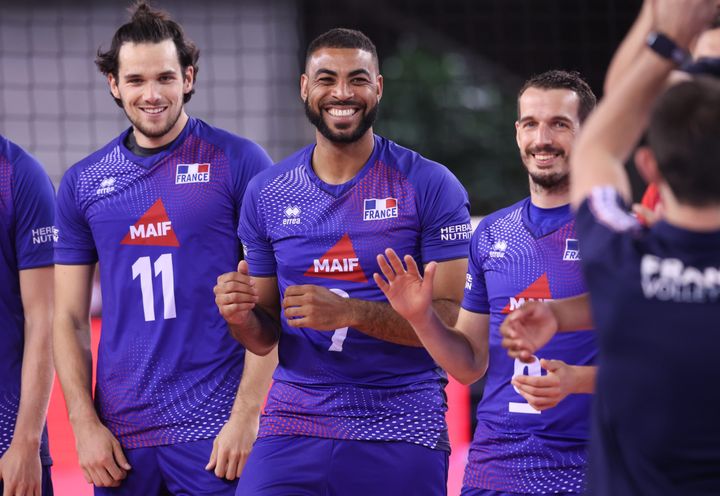 He always gave me room to move forward and improve. I have a lot of respect for what he has done for me and the team. After that, we slept like everyone else every day, no exceptions (laughs)! But in the game, there is no hostility, we just want to win together.

Medal at the World Championships with France (26 August to 11 September 2022). That’s what this generation lacks, and we all have it. And personally, to go further in the Italian Championship.

We imagine the same speech given by Blues boss Bernardinho…

He doesn’t talk about medals, he talks about victories (laughs)!