Several VB Bourges players wore shirts in Ukrainian colours as they warmed up for their qualifier against Tours on Saturday night. For one of them, the gesture has a special meaning.

Dmytro Tsybulskyi gingerly kissed the gold and sky blue badge before donning the black and white BVB jersey. “I only played for my country once in my life and that was today (reading on Saturday),” he confided after the game. I gave it my all at the end of the fifth set. This game, I really wanted to win. Hope to win the championship and … for Ukraine. »

Originally from Chernivtsi in the west of the country, Dmytro arrived in Bourges in 2016 at the age of 12. His family decided to go into exile and live in a peaceful place. The rest is a career opportunity.

“For us, the war had already started in 2014 (with Russia’s annexation of Crimea, editor’s note),” recalls the big Dynamo Kyiv fan. We knew Putin would do everything possible to have Ukraine . This is his biggest dream. » 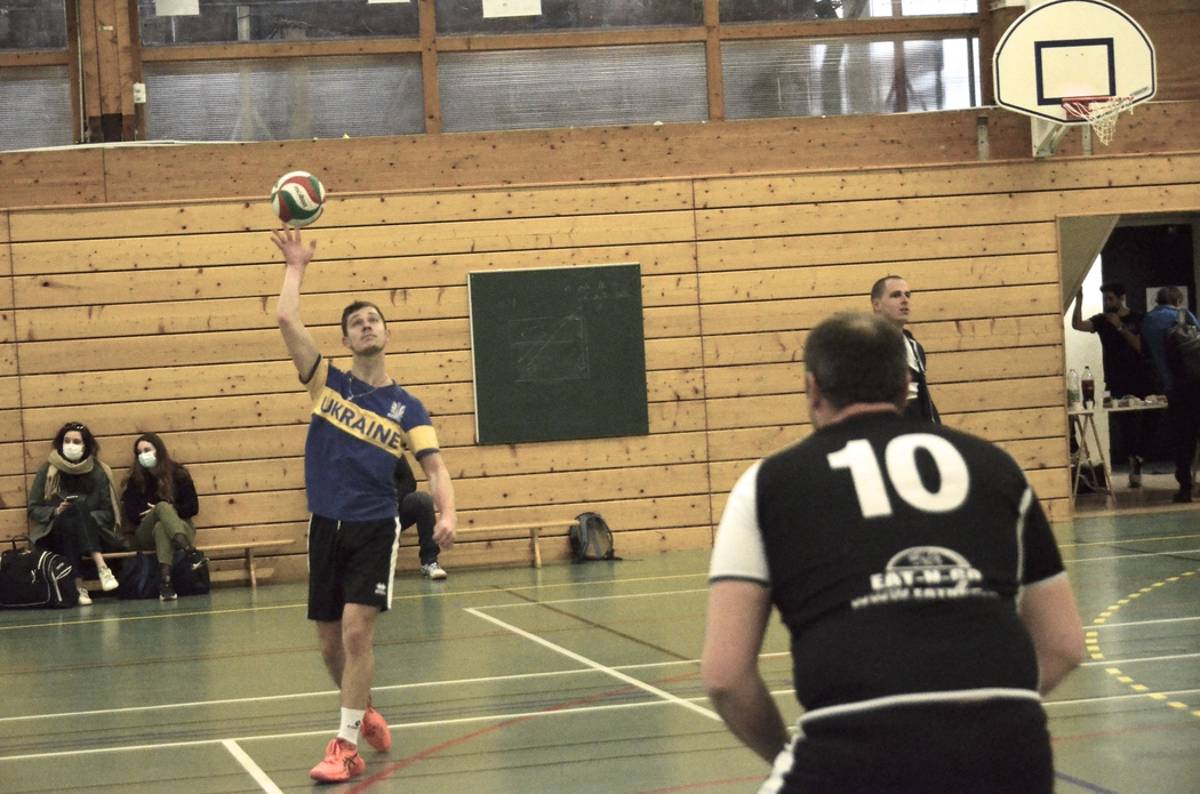 Dmytro Tsybulskyi warms up.
Since then, the young man has integrated perfectly into France, learning a language he knew nothing about. He is now continuing his GEA (Business and Administration) studies at IUT in Bourges and working as a delivery boy in a pizzeria. In addition, he is the central figure of the Bourges volleyball team. He has been deeply touched by the many emotional imprints he has received since the conflict began.

“It’s good for me, he slipped. Before, we never talked about Ukraine. Some people didn’t even know where it was. “Last weekend there was also a lot more people at the BVB than usual.